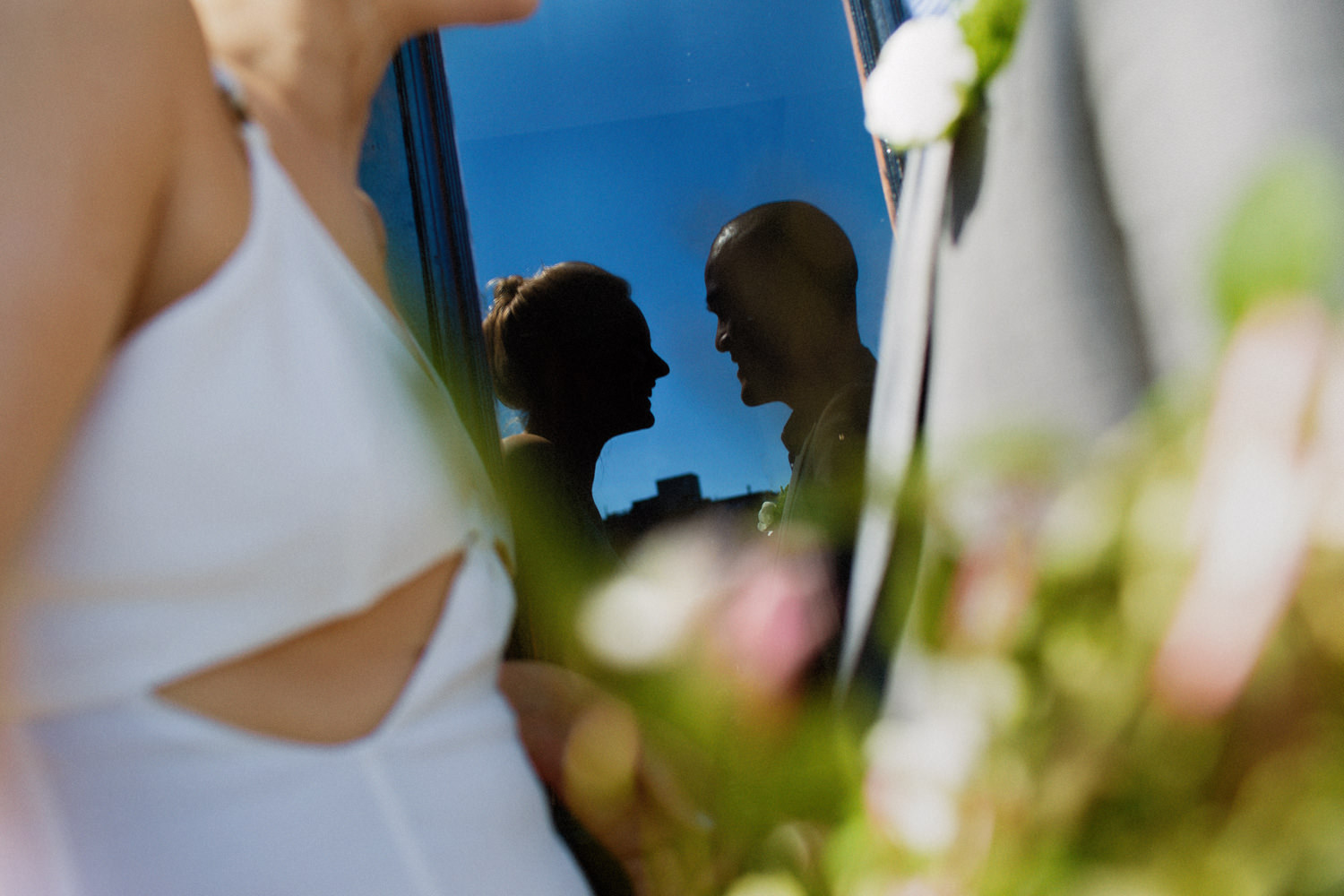 The original plan was just the two of them. ?But when parent’s were notified, they decided to fly to to witness and celebrate. And a few more friends joined in for good measure. 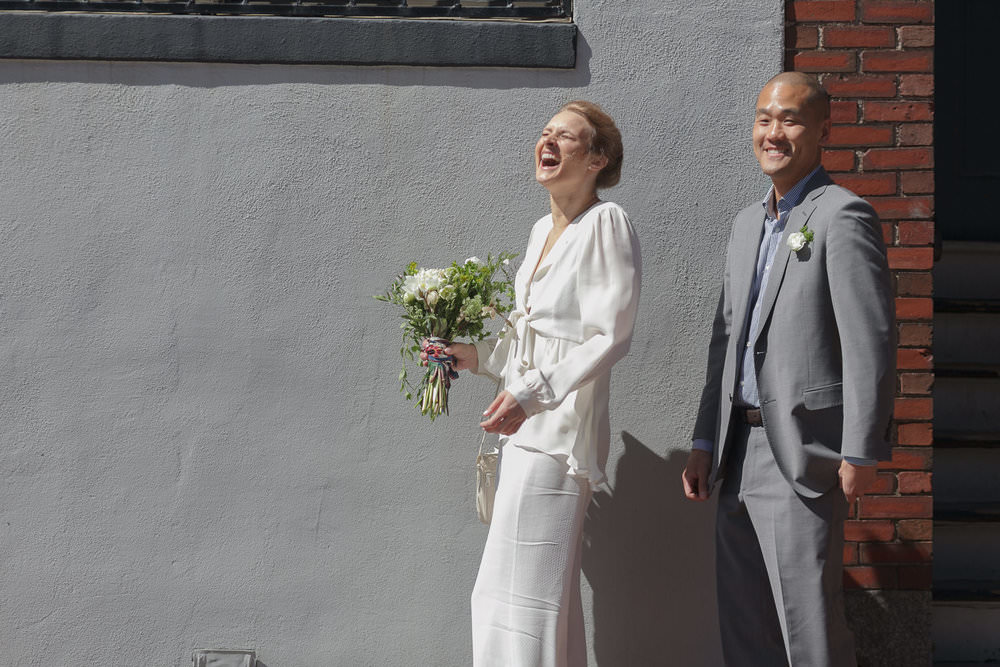 Granted a brief pass from active duty to come up to Boston to get married. ?We met up on the stoop of his first Boston apartment. ?P was living there in a tiny studio apartment when he and V met. 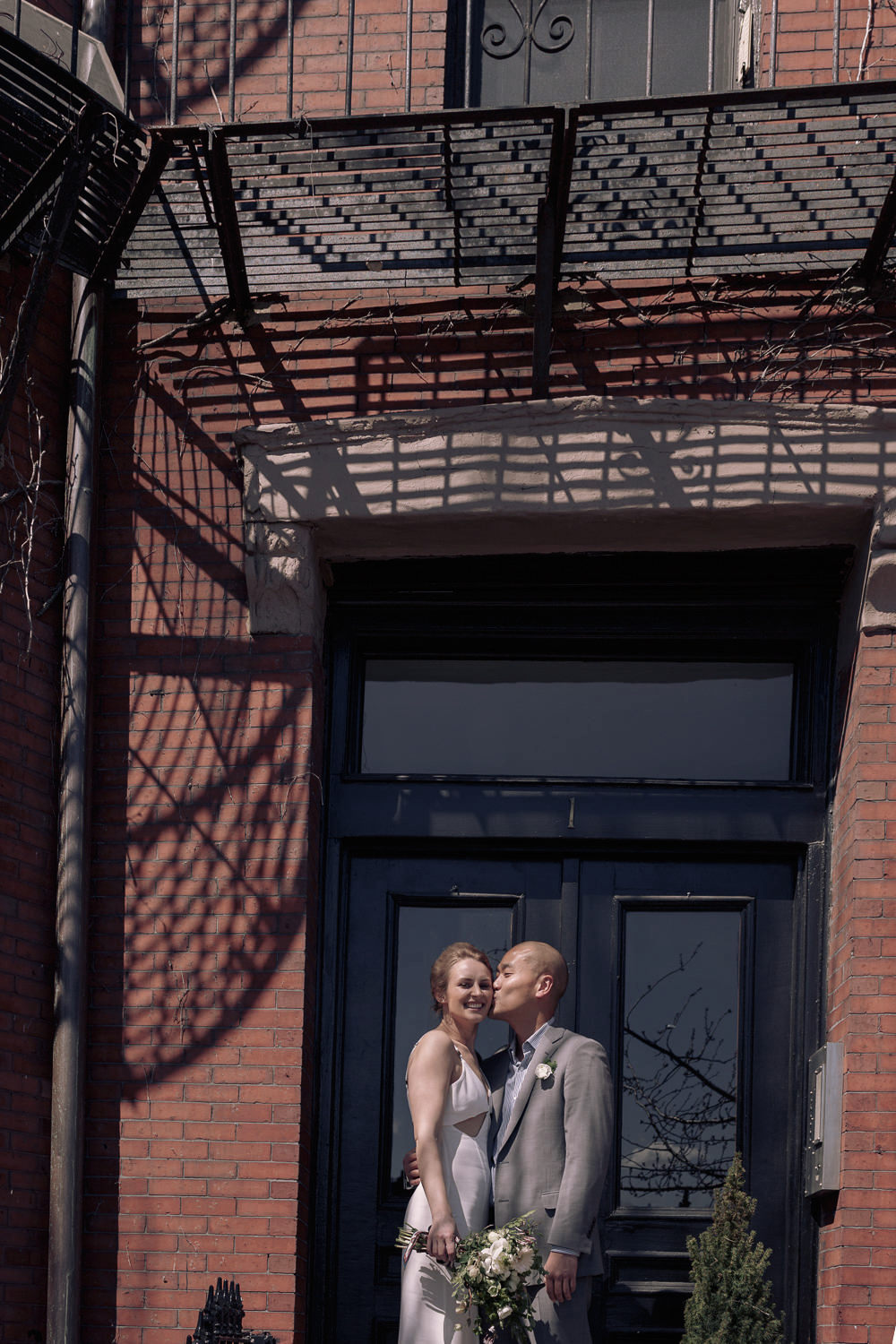 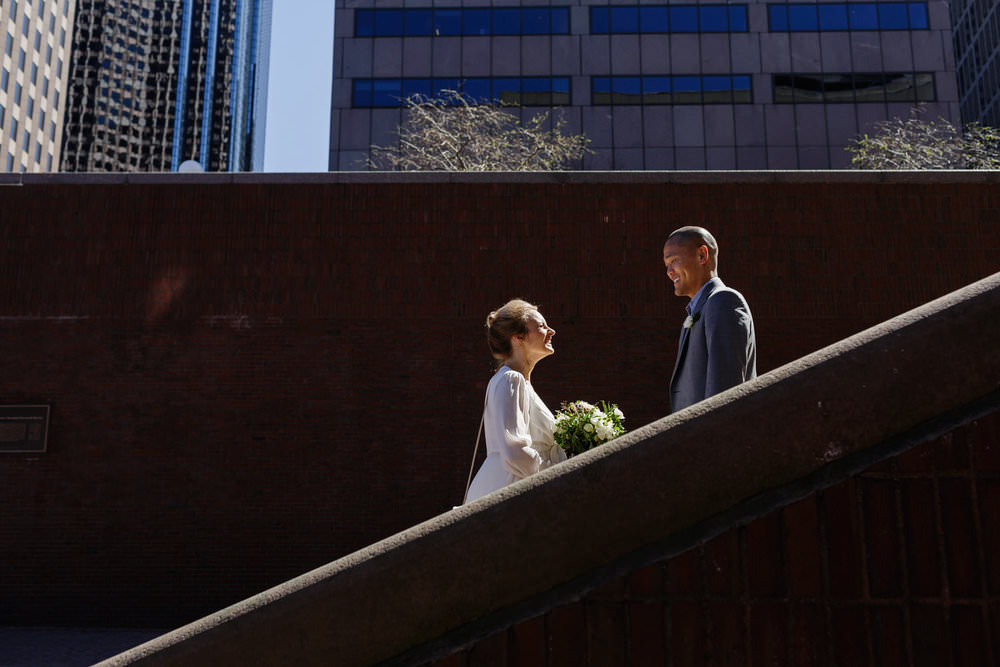 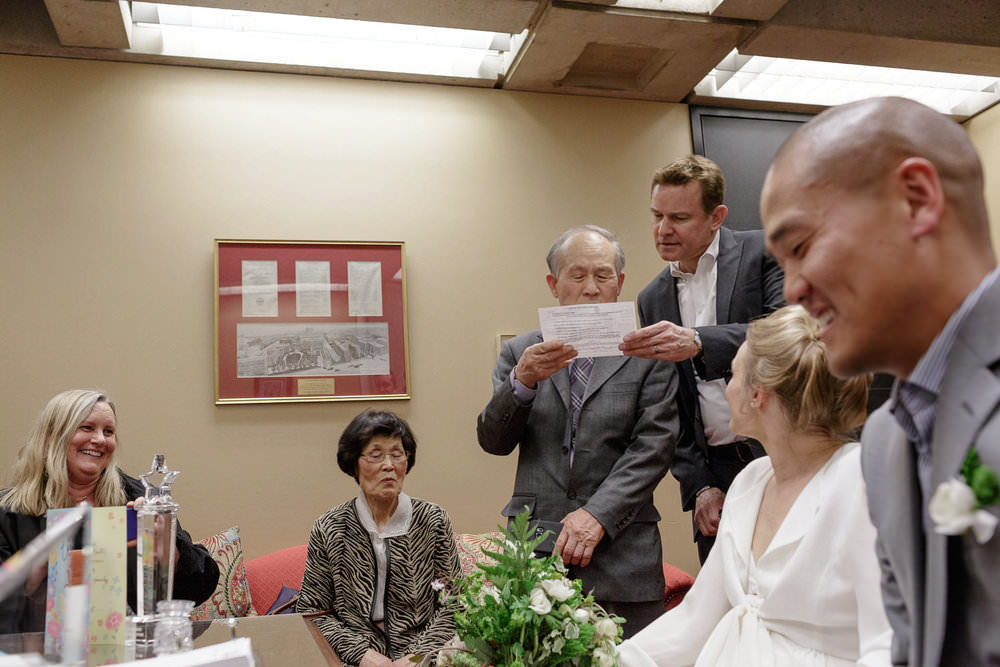 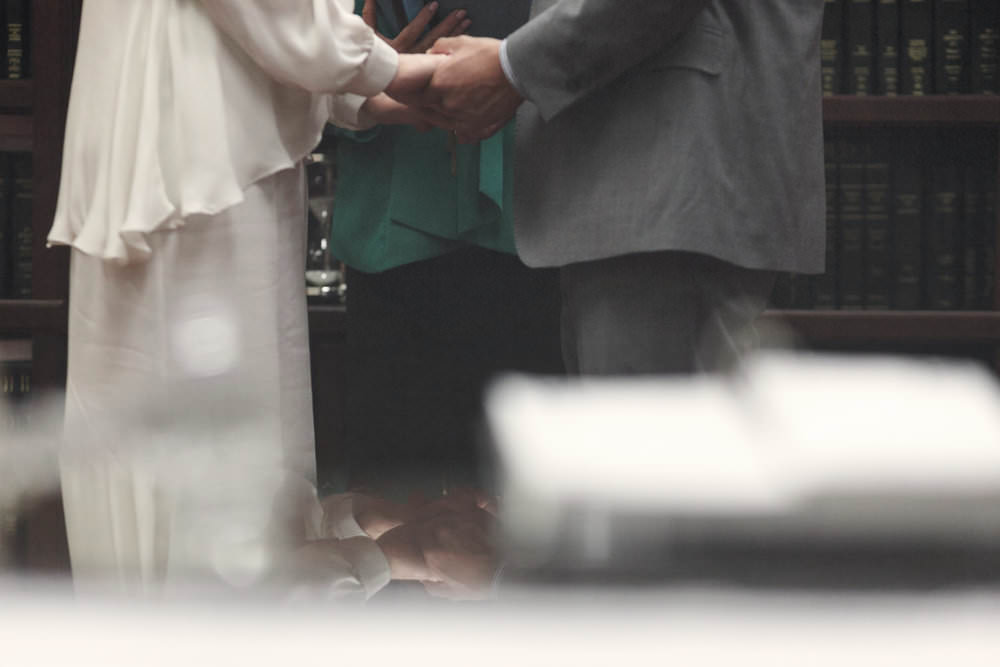 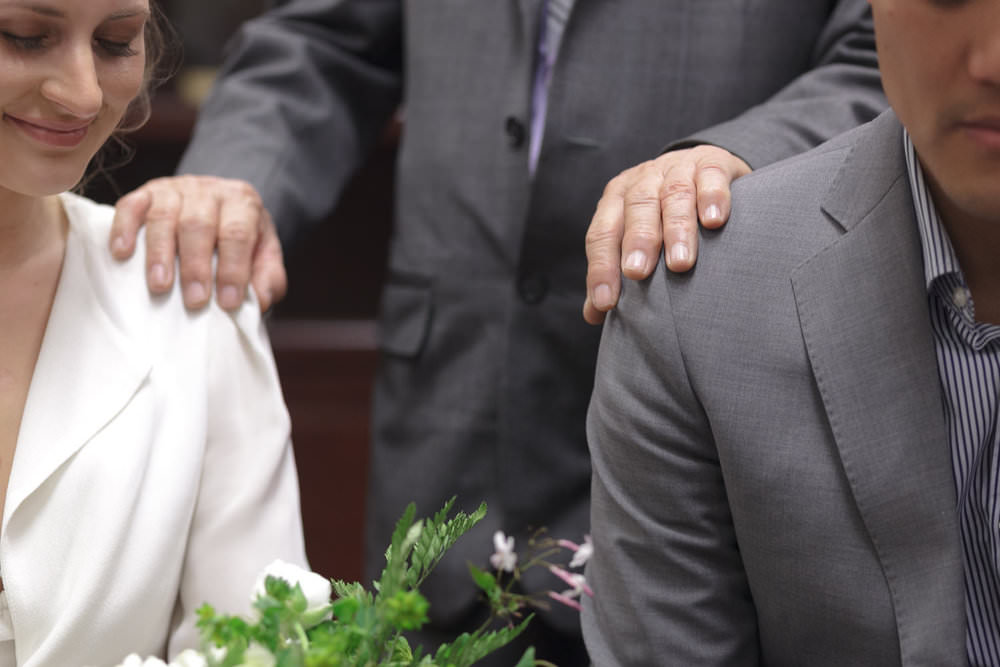 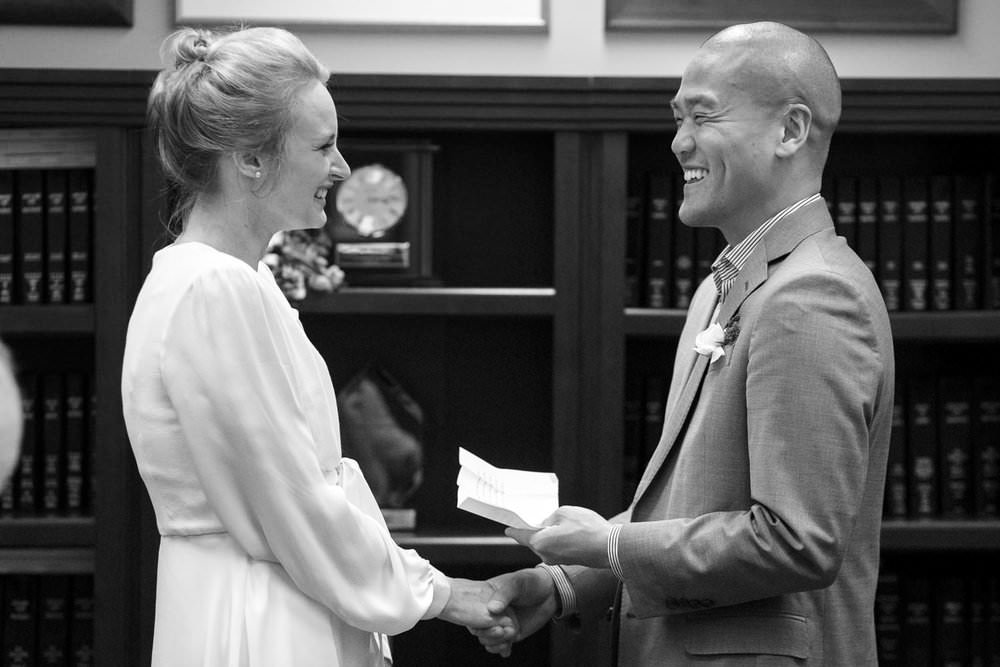 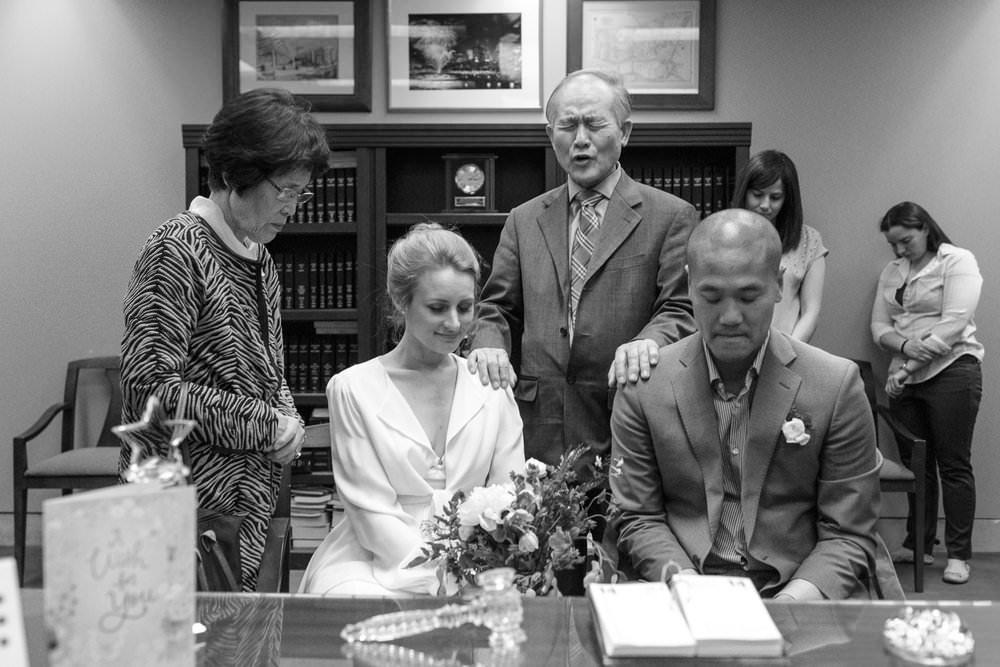 Presided over by City Clerk Maureen Feeney, the ceremony was held in her office, which just about fit the group gathered. ?Feeney was, as always, a delightful officiant. ?Explaining the paper work before bringing the couple up in front of her bookcase to say their vows. 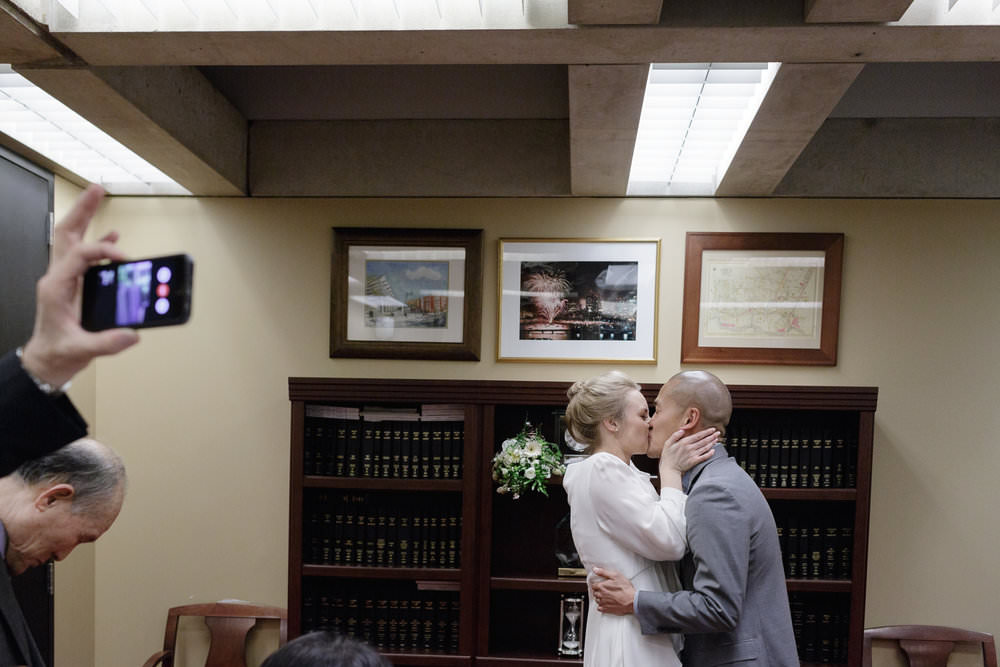 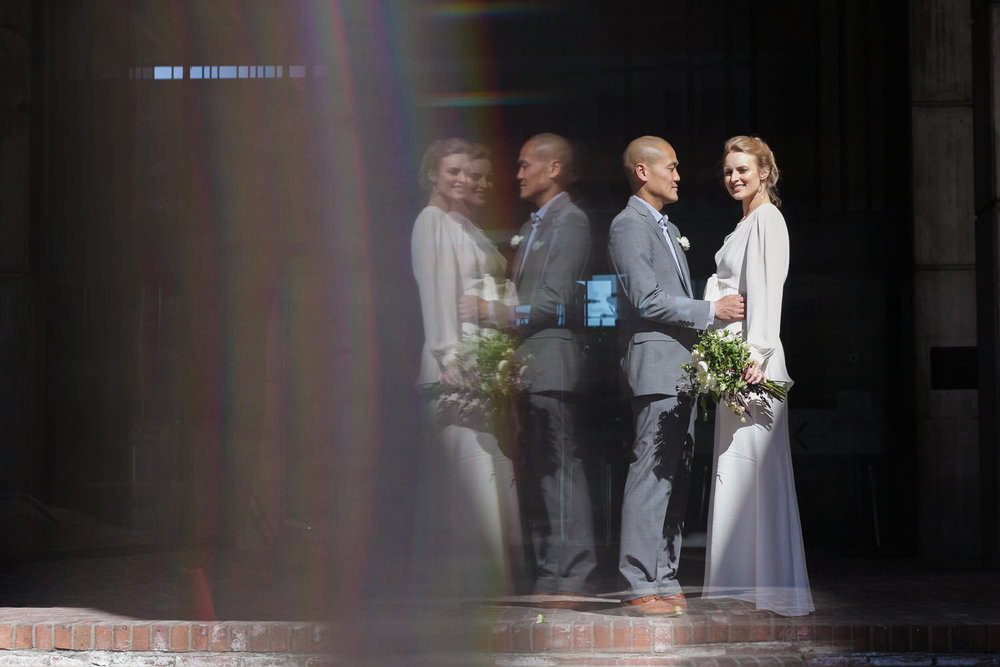 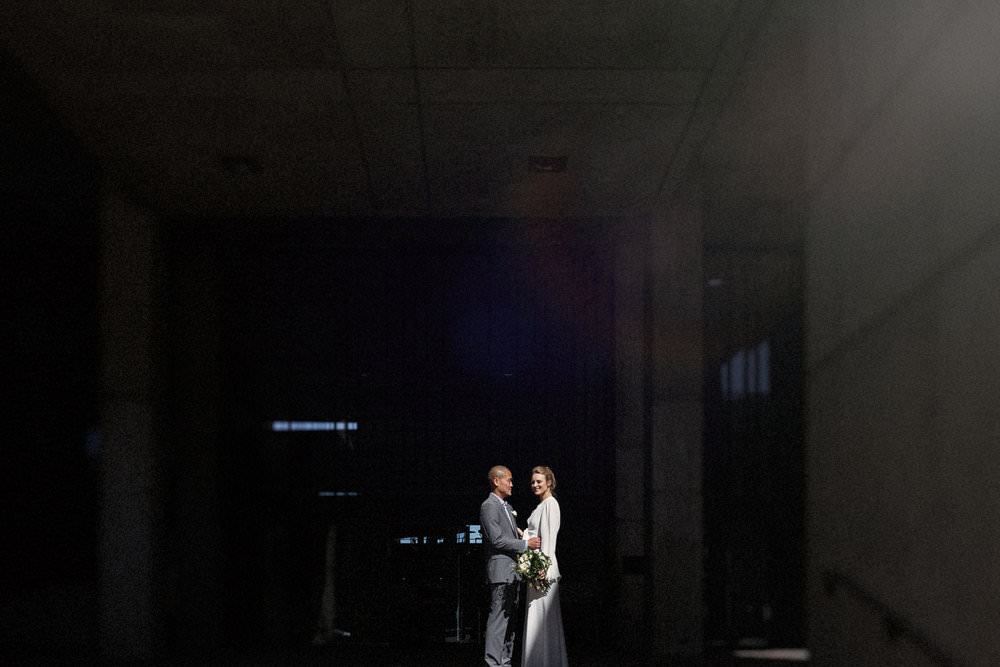 Boston City Hall is a great, and architecturally fascinating, place to have a civil ceremony in Boston. ?After the ceremony, ?the North End, Faneuil Hall, the Rose Kennedy Greenway, the Boston Public Garden, and Beacon Hill are all just a short walk away. 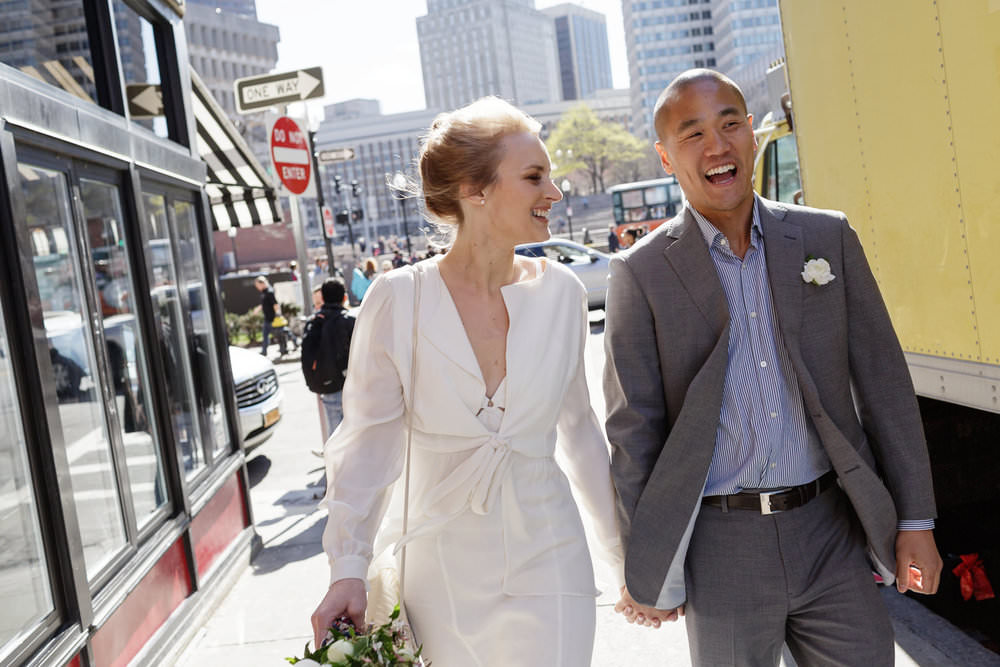 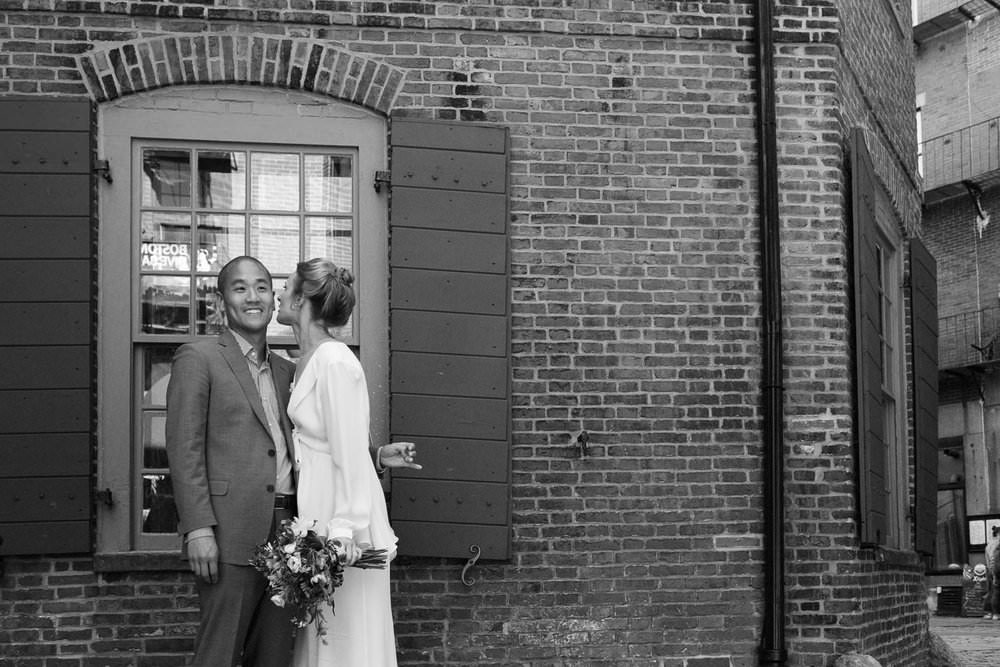 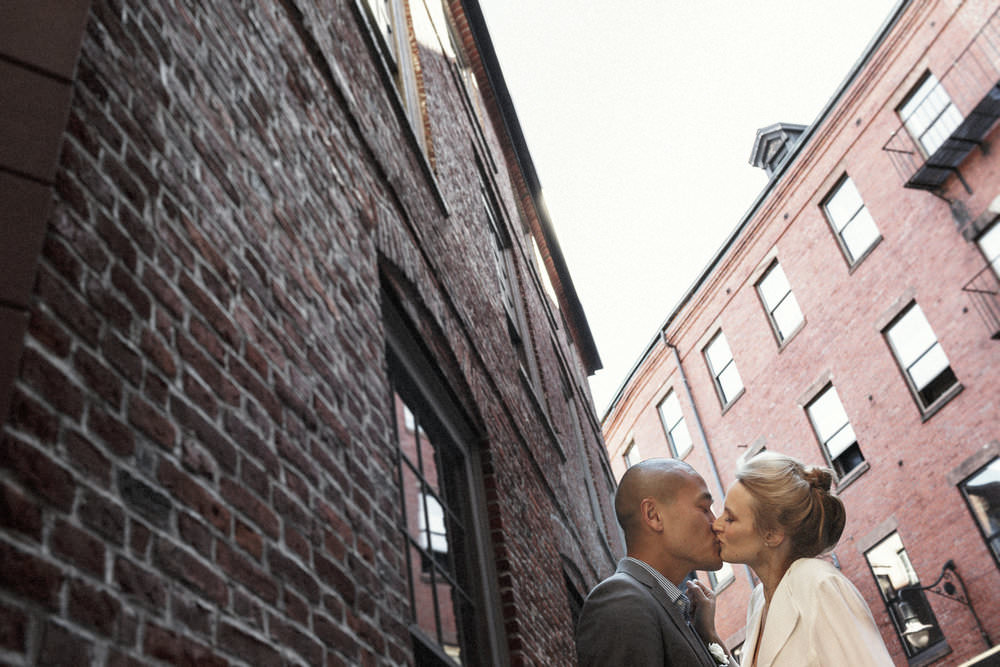 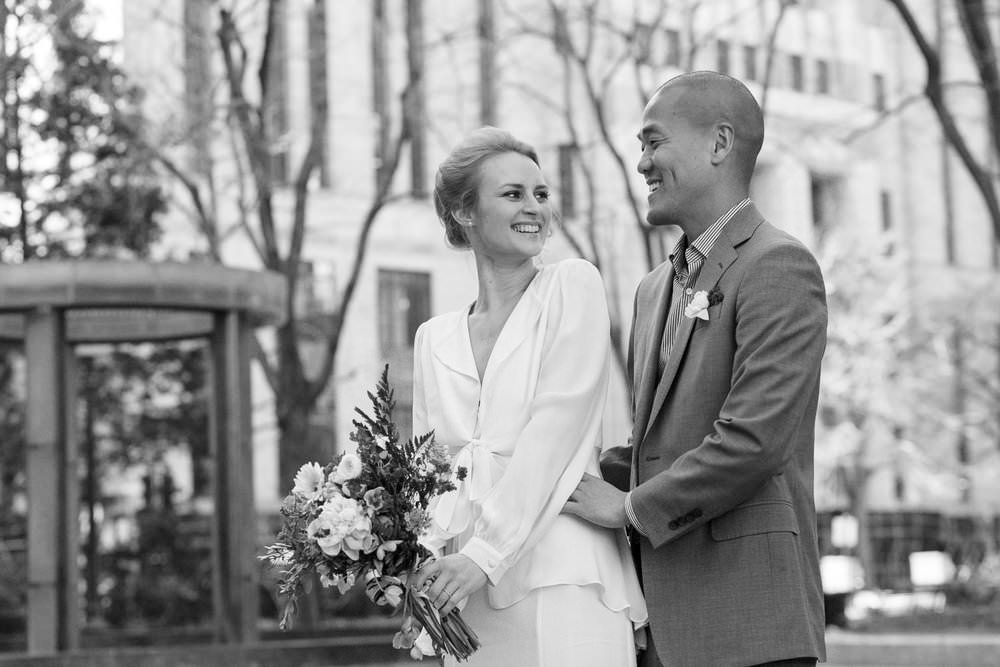 In our initial conversation, it was decided that, as they met in the city ad are now leaving, the bride and groom wanted to incorporate a Boston feel to the environmental portraits. ?We took a few moments in the Blackstone Block and then Post Office Square before parting ways. ?They went off to celebrate at JM Curley’s with their parents and friends. ?Congratulations! ?Wishing you both the best as you set off on new chapters, professionally and personally!

GETTING MARRIED AT BOSTON CITY HALL 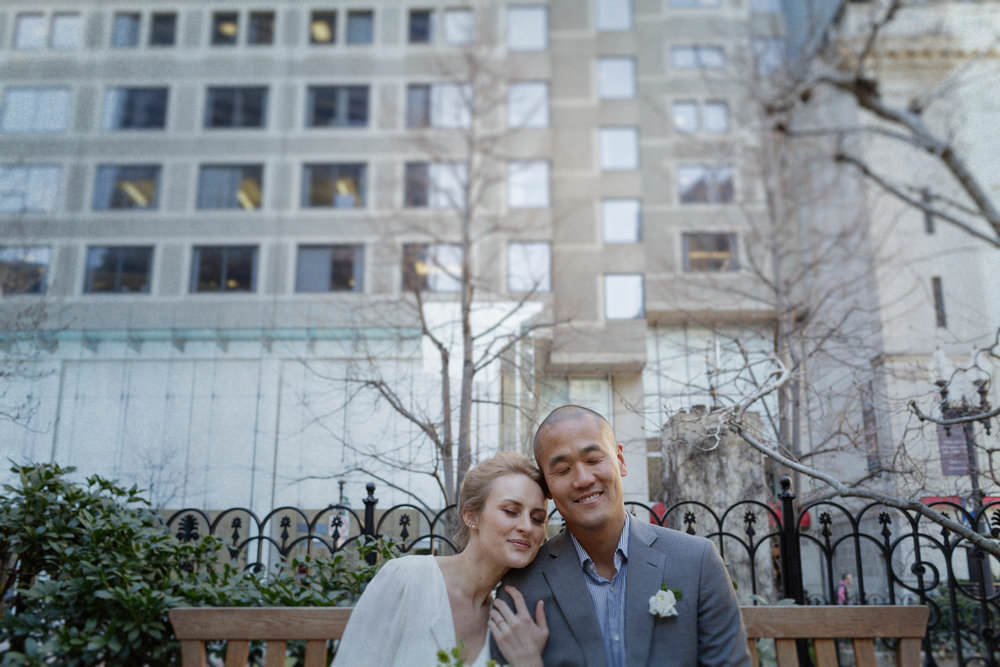 I love the distilled excitement of intimate weekday weddings. ?Ars Magna offers weekday wedding coverage that includes photographing the ceremony and a fun portrait session with our fair city as the backdrop.

Are you interested getting married at Boston City Hall? ?It’s easy. ?Go to Boston City Hall at least three days before your wedding with $50 and complete the Marriage Intention Form at the Registrar?s Office. ?When you can return to City Hall, you can pick up your marriage license and get married!

Interested in learning more about our City Hall Wedding packages? ?Email me now!